Child Custody : Be Aware of the Consequences of Your Decisions 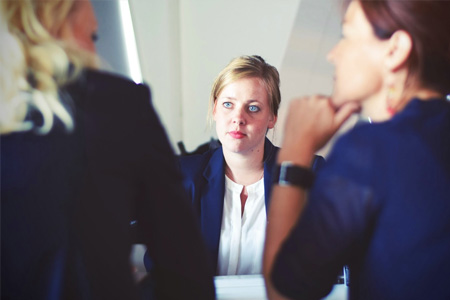 On April 25, 2019, the Arizona State Supreme Court issued a ruling which will have a significant impact on future custody litigation in Arizona.   The Court issued its ruling in Paul E. v Courtney F, 22 Ariz. 46, __P3d __ (2019).    In particular, parties need to really consider all of the possible problems and issues before agreeing to an order from the court which grants  “sole legal decision making” to one parent.

In Paul E., the parties disagreed as to how to co-parent and address the specific needs of their child, who had been diagnosed with gender dysphoria. Father was ultimately awarded sole legal decision making. Mother disagreed with Father’s decisions concerning how to parent the child based upon the gender dysphoria diagnosis.   Even though, the trial court entered orders determining that the Father was the sole decision maker, it also ordered that a specific “gender expert” be appointed to provide input to the Court and guidance to the parties.  The Court further ordered that a specific treating therapist continue to provide therapy to the child and to work with the designated “gender expert.”

The Arizona Supreme Court ruled that the trial court had exceeded its authority in ordering that therapy take places and that specific experts be employed.  It stated that, when the family court has awarded sole legal decision making to one parent, and if the other parent disagrees with that parent on a major parenting issue, the court can only intervene as authorized in ARS 25-410(A).

The Supreme Court held ARS 25-410(A) only authorizes the family court to intervene and “ impose a specific limitation on the sole legal decision-maker’s authority only when the other parent demonstrates  that absent that limitation, the  child would be physically endangered  or the child’s emotional development would be significantly impaired.”  The provision would be triggered after the sole legal decision-maker has either exercised authority or has indicated that he or she would do so in a way that would harm the child. “The limitation imposed by the court on the sole decision-maker’s authority must be tailored to prevent or remedy the endangerment or impairment.  The court must be mindful to not unnecessarily intrude on the sole decision-maker’s unshared authority to make major decisions concerning the child’s upbringing, even if those decision conflict with expert opinion or the court’s own views on childrearing.” The Supreme Court found that the potential for harm due to mismanagement of the gender dysphoria diagnosis did not meet the statutory threshold that a decision of a parent would put the child at risk for harm or to suffer harm.

This decision makes the initial agreements reached by the parties in a divorce regarding child rearing issues and decision making more important than ever before.  The Arizona Supreme Court has confirmed that A.R.S. Sec. 25-410(A) authorized court intervention in situations where the child’s  emotional development would be significantly impaired or the child was at risk of physical harm. It is important to keep in mind the standard set forth in ARS Sec, 25-410(A) and in Paul E. v. Courtney R. if you are considering agreeing that one parent have sole decision making in education, medical or psychological issues of the child.