For Arizona Medical Marijuana Users, Your Car is Not a Private Place 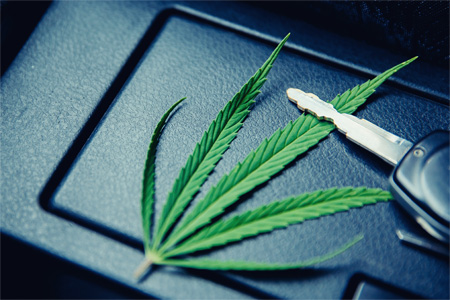 The Arizona Medical Marijuana Act (AMMA) does not grant immunity to card holders smoking marijuana in a public place, including if you want to “toke up” inside your car before a concert.

Matthew and Elena Tagge appealed their convictions, maintaining that they were immune from prosecution because they are AMMA card holders.

The Tagges were heading to a music festival in Mesa, Arizona when they parked their vehicle in a lot owned by the City of Mesa and self-medicated before the event.   Two undercover police officers were sitting in the vehicle next to the Tagges and observed them smoking in the car. The police ordered the Tagges out of the vehicle and seized the pipe and approximately one gram of marijuana.

The Tagges’ basis for appeal was that the parking lot itself was not a public place within the meaning of the AMMA. And if it was, they were inside their closed private vehicle.

Arizona’s Revised Statutes state that, A qualifying patient may not possess or use marijuana “[o]n a school bus,” “[o]n the grounds of any preschool or primary or secondary school,” or “[i]n any correctional facility.” A.R.S. § 36-2802(B). And a qualifying patient may not smoke marijuana “[o]n any form of public transportation” or “[i]n any public place.” A.R.S. § 36-2802(C).

The Tagge Court stated: “[T]he interior of a vehicle is not a separate place distinct from the location in which the vehicle is found. The expedient of being enclosed in a vehicle parked in a public place does not, without more, remove a person from the public place. Criminal trespass, for example, is not decriminalized if a trespasser’s unauthorized presence on a property is inside a vehicle. Simply put, a location—including a public place—does not change its character when a person is present in a vehicle, rather than on foot.”

The Tagge Court relied on a Michigan Court of Appels case where a qualifying patient was cited for smoking in his car in a casino parking lot, finding he was not immune from prosecution.  People v. Carlton, 880 N.W.2d 803 (Mich. Ct. App. 2015).  That Court held: “that immunity from prosecution for smoking marijuana does not extend ‘to [qualifying patients] who smoke medical marijuana in a parking lot that is open to use by the general public, even when smoking inside a privately-owned vehicle, and even if the person’s smoking is not directly detectable by the members of the general public.’”  Id. at 809-10.

The Tagges raised other arguments related to statutory interpretation and applicability under the Smoke-Free Arizona Act’s limited definition of “public place” but those arguments were unavailing and rejected by the Court.  The Court stated that the Tagges could have consumed the marijuana through other means but because they smoked it, they lost their immunity.

Judge Swann, concurring, indicated that there may be a reasonable expectation of privacy that would allow qualifying patients to medicate by smoking in a different type of vehicle like a mobile home, but that will be for another day.

If you’re an AMMA card holder, you are not immune from criminal prosecution for smoking marijuana in public places, including a school bus, school, jail, public transportation or a parking lot next to a music festival.

Robert R. Northrop is an attorney at Parker Schwartz, PLLC and focuses his practice in Real Estate and Commercial Litigation. He can be reached by phone at 602-282-0477 and by email at RNorthrop@psazlaw.com